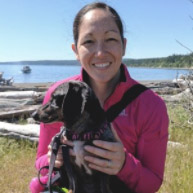 I started karate as a teenager for a couple of reasons. Both of my parents were black belts and I’d wanted to learn for as long as I can remember. But my parents didn’t want me to. So when I was 15, I told them I’d get a job and pay for it myself. I was also a pretty moody and angry teenager, and karate seemed like a good outlet.

Several years and a second-degree black belt later, I had a pretty serious injury and also went to grad school. Which meant I couldn’t afford the cost of karate. So I got certified as a fitness instructorand went on to teach kickboxing (among other classes) for the next 14 years. Upon moving to Seattle, I found FKU. I’ve been here since 2014 and earned a black belt (again) through the International Karate Federation, which FKU is a part of.

When I was younger I trained with mostly men, but the few women who were in the class developed a camaraderie. I thought FKU would offer that same feeling. And while it does, I’ll admit that it’s a completely different environment in so many ways. 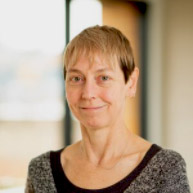 In second grade, my daughter signed up for a karate class that met twice a week after school. After her first class, she pinned a handout from class on the bulletin board above her bed. This was the “The Karate Student’s Oath.” It described her promise to train hard, always work to improve, and never brag about karate or use it to impress or hurt anyone. I was struck by the respect demonstrated by this promise, both respect for the practice of karate, and also respect for the children learning it. It made me think of how when we expect a lot from children and let them know our expectations, they often rise to meet those expectations.

When my daughter aged out of the school program after fifth grade, she started taking classes at the Feminist Karate Union dojo. That was the beginning of our real introduction to the FKU community. Over the next years, I watched as my daughter trained, feeling proud as she earned new colors of belts and even prouder as she learned to accept correction and criticism from her senseis as a routine part of practice.

When she turned thirteen and moved into the adult classes, I signed up for the introductory package and started my own training. Three years later, at the age of fifty-one, I am proud to say that I have never been stronger. In addition to my increased physical strength, I have much greater emotional resilience. In karate, no matter how well you perform, you will never do everything perfectly. While this is true in many areas of life, the difference in karate is that your sensei is right there to tell you the things you did most wrong and how you need to work to fix them.

After a lifetime of feeling secretly proud of my perfectionist tendencies, I am finally able to stand in front of my judges and do the best that I can at that moment, knowing that it will be flawed, and feel like that is enough. 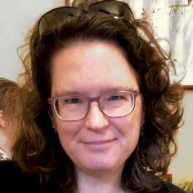 I was a young teacher when I started karate. Sometimes, things got busy and stressful and I would think, “I don’t have time to go to karate tonight. I have no idea how I’m going to get all this stuff done. I don’t even know where to start.” But then I would decide to go anyway, and the most amazing thing happened.

In karate class, I worked so hard, both mentally and physically, that my brain had room for nothing else. For that 90 minutes, the worries of my job were just gone. And then, in the car on the way home, the problems that had plagued me suddenly seemed completely manageable. Sometimes I saw solutions I hadn’t seen before. Sometimes, my brain just stopped panicking and whirling around in the same frustrated circles. So I kept going.

Because there were many things in my life that, afterward, I regretted. But after a while, I noticed that, with karate, that never happened. Not once. I was glad I went, every single time. How many things in life can you say that about? 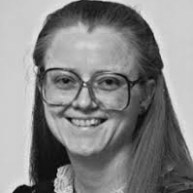 I started training at the Feminist Karate Union because of curiosity about the martial arts, a belief in feminist principles and my desire for a sport that I could practice over my lifetime to improve my physical fitness.

I stayed with the school because of the community of women that I met there, the comforting routine that the classes added to my otherwise unpredictable life, the physical and psychological discipline that I developed, the self-defense skills that I learned and the physical fitness that I achieved.

What has been most important to me over the years, and what has kept me training far longer than most of my peers, was the joy that I got from teaching women and children the skills that I had learned, and watching them develop physical strength, coordination and self-confidence—it is an amazing feeling.

More than 40 years after beginning my martial arts training, I feel grateful for every moment. My training, my teachers, my training partners, my students and the families of my students have enriched my life tremendously. I feel very fortunate to have found this school and to have been a part of the Feminist Karate Union family and its mission for all of these years. 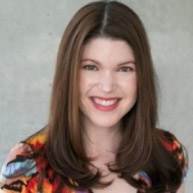 I joined FKU in January of 2017. The negative rhetoric around the election made me feel very powerless and I was bound and determined to feel some sense of agency in my life again. Several years prior, I had seen an acquaintance wearing an FKU T-Shirt. I told her I liked the logo, assuming that the bold name was simply a made-up gimmick. She corrected me, telling me that she’d taken a beginners class and that I should check it out. I shrugged my shoulders.

I’m not a natural athlete by any means. I’m a creative type: theater, writing, television production. I was always “heading up the rear” in seventh grade P.E. class, panting and sweating my way to the finish line. If I was terrible at fitness in middle school, how could I succeed in middle age?

When I arrived at FKU, I met women of all shapes sizes, ages and fitness levels. It was encouraging to see everyone trying their best together. I could hardly do the warm-ups, but I pushed myself to come week after week. FKU has a rich history of meeting women where they are and encouraging them to discover their strongest selves.

I’m capable of so much more now than I ever thought possible. I walk around the world more secure in my strength, knowing that I have the skills to defend myself. I feel empowered in my body and I am truly grateful to FKU for that tremendous gift. 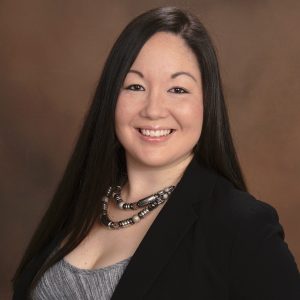 “I joined the FKU Board because I know from experience that when women support each other, incredible things happen.  Behind every amazing woman is a tribe of other amazing women who have her back.  One woman can make a difference, but together we can rock the world! (Also, Sensei Judy made me join the board!)”

Fun fact: Bobbie an incredible singer (in the shower and in the car), a self-proclaimed cork dork (with a focus on CA reds), and is a sucker for any rescue/fur-baby that even looks in her direction! 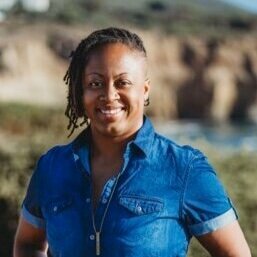 Parchelle joined the board in 2021. 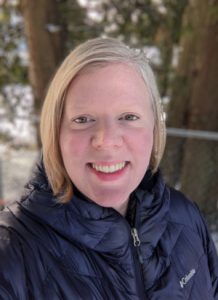 Christabel joined the board in 2022.

In Nov 2021 my son started the kids karate classes at FKU. I was immediately impressed by the patience and perseverance the senseis had with helping him learn karate. He’s lost interest in so many other activities in the past and their willingness to stick with him has given him motivation to keep going. I also promised him that I too would try karate at some point.

I kept putting it off until his pestering got to be too much. Unfortunately the timing of my Karate 101 start date coincided with a really rough time in my life. Despite my grief, I had a little voice telling me I should go to the first class anyway, and do the best I could.

I am so glad I dragged myself to that class. I found a welcoming and supportive environment that has kept me coming back and boosted my confidence to attend other classes as well. I found something I could focus on for a few hours a week as the outside world disappeared for a bit.

I am consistently amazed at the supportiveness of FKU’s senseis and camaraderie of students of all ages.

Get the strongest mind and body of your life through Karate training.

Karate values and knowing you can defend yourself builds confidence.

Bring the discipline of Karate into your training and your everyday life.